The city is the first in the country to be named by the United Nations Educational, Scientific and Cultural Organization (UNESCO) as one of the 64 worldwide in its Creative Cities Network. The city made it to the list under the Crafts and Folk Art category along with other 16 cities like Barcelos in Portugal, Cairo in Egypt, Tunis in Tunisia, Madaba in Jordan and Carrara in Italy.

Last 2017, Baguio City was named one of the 63 new cities from 44 countries to be designated as a UNESCO Creative City, Baguio was recognized as a Creative City in the field of Crafts and Folk Arts.

This Membership Monitoring Report aims to highlight Baguio City’s initiatives, both in the local and international levels, that are aimed at fostering a more dynamic local creative community that is committed to support the United Nations Frameworks particularly the 2030 Agenda for Sustainable Development and the New Urban Agenda.

The City’s Major Initiatives in the local level include the Creation of the Council for Baguio Creative City, Institutionalization of the Baguio Creative City Festival, Establishment of Creative Hubs and Conduct of Capacity Building activities for artists and artisans. In the International level, the City’s initiatives include Forging of sisterhood ties with fellow cities, Attendance to International Conferences and Participation to the Pilot Implementation of the UNESCO Culture 2030 Indicators, among others.

The programs undertaken in the past years were made possible with the collective effort of all stakeholders involved with Baguio’s Creative Cities designation. These include government agencies such as the City Government of Baguio, Department of Trade and Industry and Department of Tourism, academic institutions namely the University of the Philippines Baguio, Saint Louis University, University of Baguio and the University of the Cordilleras, Private Sector stakeholders and most importantly, Baguio City’s Creative Community.

While so much has been done since the City’s designation in 2017, there are areas that still need to be improved, specifically on Baguio City’s contribution to the Programme’s Global Management. The City has not hosted any annual/sub-network meetings and has not served as either a cluster coordinator or sub coordinator. Moreover, the City has only hosted one (1) international conference on specific issues salient to the Creative Cities; this is mainly due to the restrictions brought about by the pandemic. The City intends to improve in these areas in the forthcoming midterm period.

Nevertheless, the programs implemented by the City in both the local and international levels contributed greatly to the Network’s objective of making creativity an essential driver of sustainable urban development. 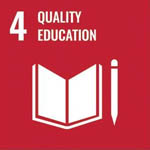 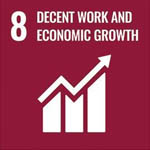 1. End poverty in all its forms everywhere

3. Ensure healthy lives and promote well-being for all at all ages

4. Ensure inclusive and quality education for all and promote lifelong learning

5. Achieve gender equality and empower all women and girls

7. Ensure access to affordable, reliable, sustainable and modern energy for all

8. Promote inclusive and sustainable economic growth, employment and decent work for all

13. Take urgent action to combat climate change and its impacts